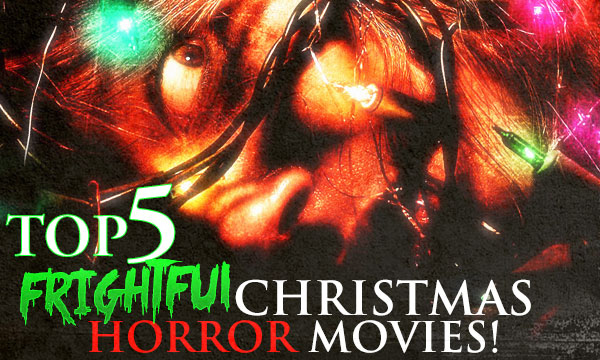 While there are already plenty of lists out there declaring the “Best Christmas Movies of All Time!”, some of us might be looking for a change of pace from traditional holiday TV fare. Scary movie fans, in particular, are long overdue for a list of holiday-themed horror flicks. With the shopping malls a nightmare and the roads filled with vengeful holiday drivers, most of us are ready to indulge in bit of harmless horror viewing come Christmas eve. Here’s a list of comparatively offbeat and obscure Christmas classics to keep you on your toes.

This is one of the most classic films of the 1980s. If you haven’t seen it for a while, you may have forgotten that the action takes place at Christmastime. Return to the tale of the multiplying Mogwai and you won’t be disappointed. One of the best things about this movie is that it meshes the Norman Rockwell-esque vision of an idyllic small town at Christmas with the terror of the title creatures. Another great thing about Gremlins is that it is a scary, yet family-friendly, film.

If you can get past the groans that the title induces, Santa’s Slay is full of awesomely-bad entertainment. The very first scene sets the tone, as Santa slaughters a wealthy and snobbish family that includes famous actors like James Caan and Fran Drescher. Apparently unable to invest in a home security system despite living in a mansion, their family’s death at the hands of professional wrestler Bill Goldberg is only a taste of what’s to come once Santa arrives in town. Riding on a sleigh driven by “hell-deer”, he proceeds to lay waste to the citizenry of Hell Township using clever, holiday-themed methods. The local Jewish deli owner is, for example, murdered with his own menorah. If you find black humor amidst the holidays, then this is the film for you. Anyone who ever had to sit an episode of “The Nanny” will particularly enjoy seeing Fran Drescher being both drowned and burned.

This Dutch film is another movie that turns Santa from a beloved figure into an evil killer. In this movie, St. Nicholas got his start in the Middle Ages as a disgraced bishop who proceeds to roam the countryside murdering and pillaging. A group of villages fights back, burning Santa’s ship. He vows revenge, saying that he will be back every time there is a full moon on December the 5th. The movie then fast forwards to 1968, when a family is killed by St. Nick. One boy survives, and he is now a grown-up policeman who must stop Santa from killing when he returns to present-day Amsterdam.

This is not really a movie about Santa, but the monster in Rare Exports does wear a Santa suit. He is an evil creature that has been thawed from an ice block north of the Arctic Circle. The creature keeps killing villagers in this tiny Finnish town, but only one young boy realizes what is going on. This is a movie that really builds tension and suspense, and it will be enjoyed by people who are fans of the 1982 Carpenter classic “The Thing.”

The premise of this film is simple. A crazy killer has snuck into the attic of a sorority house just before Christmas. The killer terrifies the girls inside the house by making obscene, threatening phone calls to them, and he dispatches them one by one as the film progresses. The movie does a good job of actually fleshing out the stories of the victims, which makes the audience really care when they get murdered. Margot Kidder is the lead sorority girl, and her performance helps the film transcend typical B-Movie schlock and enter the canon of so-bad-they’re-good holiday classics. Remade in 2006, you’d be wise to stick to the original.