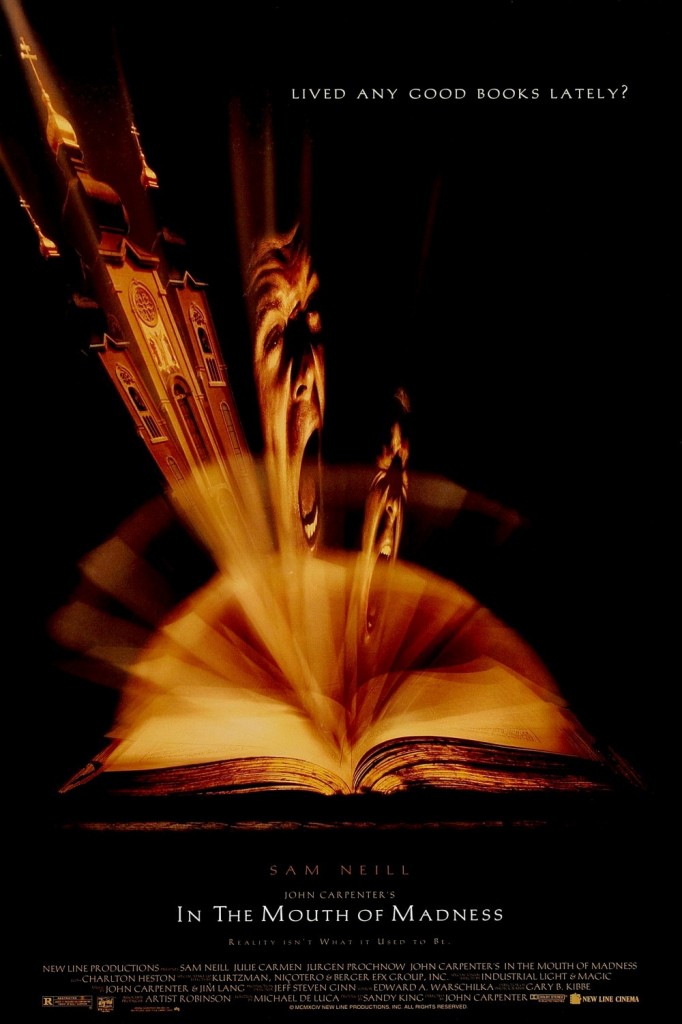 John Carpenter is still known to many horror-genre movie lovers as the “master of horror.” His work has perpetuated throughout the decades, making him one of the most well-known filmmakers to produce horror and science fiction films alike. Although some of Carpenter’s most popular masterpiece’s include Halloween, The Fog and The Thing, there are a few underrated movies he has created and directed that have had a drastic impact and influence on the overall genre of filmmaking with horror films.

It’s sort of like a romantic science-fiction road film, or a cross between It Happened One Night and The Day the Earth Stood Still.  An alien from an unknown planet heard the broadcast made by the Voyager 2, which offered an open invitation to other life forms to come visit earth. This alien decides to visit, and ends up through happenstance in the home of a grieving widow Jenny (Karen Allen). The alien, using genetic material from the woman’s widower (which he collects from a lock of hair in a scrapbook) morphs into the woman’s widower (Jeff Bridges). The government wants to abduct the alien to conduct experiments on him, and they pursue the odd couple as they flee for the Winslow Crater in Arizona, where the alien will rendezvous with his mothership.  The movie itself also helped to inspire a cable television series in 1986 using the same name, although it was short-lived.

With the help of then-fellow USC student Dan O’Bannon, Carpenter created Dark Star as a comical science fiction film, starring Brian Narelle and Cal Kuniholm. The film centers around astronauts making their way into space on a mission: take out the unstable planets which are stopping the crew from reaching their final destination. With the astronauts in deep space battling aliens, robots and nature, this classic from John Carpenter is a must-see for all sci-fi fans. Dark Star cost a total of $60,000 to produce and create, helping it to garner rave reviews from top film critics of its time.

Yet another criminally overlooked Carpenter science fiction-themed film. Nada (former professional wrestler Roddy Piper), finds a pair of seemingly ordinary sunglasses on a seemingly ordinary street one afternoon. The sunglasses, when worn, give Nada a glimpse into the “truth” of the world around him: he can clearly identify members of the alien super race who have enslaved humanity, and walk around disguised as people. “Submit to Authority” and “Stay Asleep” are just a few of the hidden messages that Nada is able to uncover while wearing the glasses. It’s up to Piper and his buddy Frank (Keith David) to overthrow the evil alien oppressors.

It’s a chilling science fiction horror film centered around a priest who is investigating the death of another priest in the local church. When the church is investigated, a vat of unknown green liquid appears, prompting the priest to call to university students and physics grad students in for help. The students soon find themselves trapped in a world where they are dealing with demons and potentially the “Anti-God” himself. Finding their way out while destroying the dark demons and entities is the only way to survive this classic Carpenter flick, whether you’re a fan of science fiction or if you prefer serious horror films. Notable performances from Donald Pleasence of Halloween fame and legendary “shock-rocker” Alice Cooper.

Starring Sam Neil and Julie Carmen, the film was released in 1994 and is considered a horror mystery film by John Carpenter. It’s largely influenced by the writings of H.P. Lovecraft, and it’s also reminiscent of the films of Clive Barker. The story involves a man, John Trent (Neil), investigating the mysterious disappearance of the well-known horror author, Sutter Cane (Jurgen Prochnow). It turns out that the fantastic and perilous world that Cane constructed through his writing has become manifest. Cane is entrenched in the horrifying and imaginative world he created!

While Carpenter has largely abandoned his filmmaking career, he’s legacy is very much alive and, as exemplified in the recent interview he gave with Robert Rodriguez on El Rey Network (channel info here), his influence is still resonant among contemporary filmmakers. Some love him, and some deride him. Whatever camp you happen to find yourself in, there’s no undermining the significance of his contribution to genre filmmaking.

Brandon Engel is a blogger and horror nerd in Chicago. Among his favorite directors of all time are Tobe Hooper, George A. Romero, John Carpenter, and Clive Barker. Follow Brandon on Twitter: @BrandonEngel2